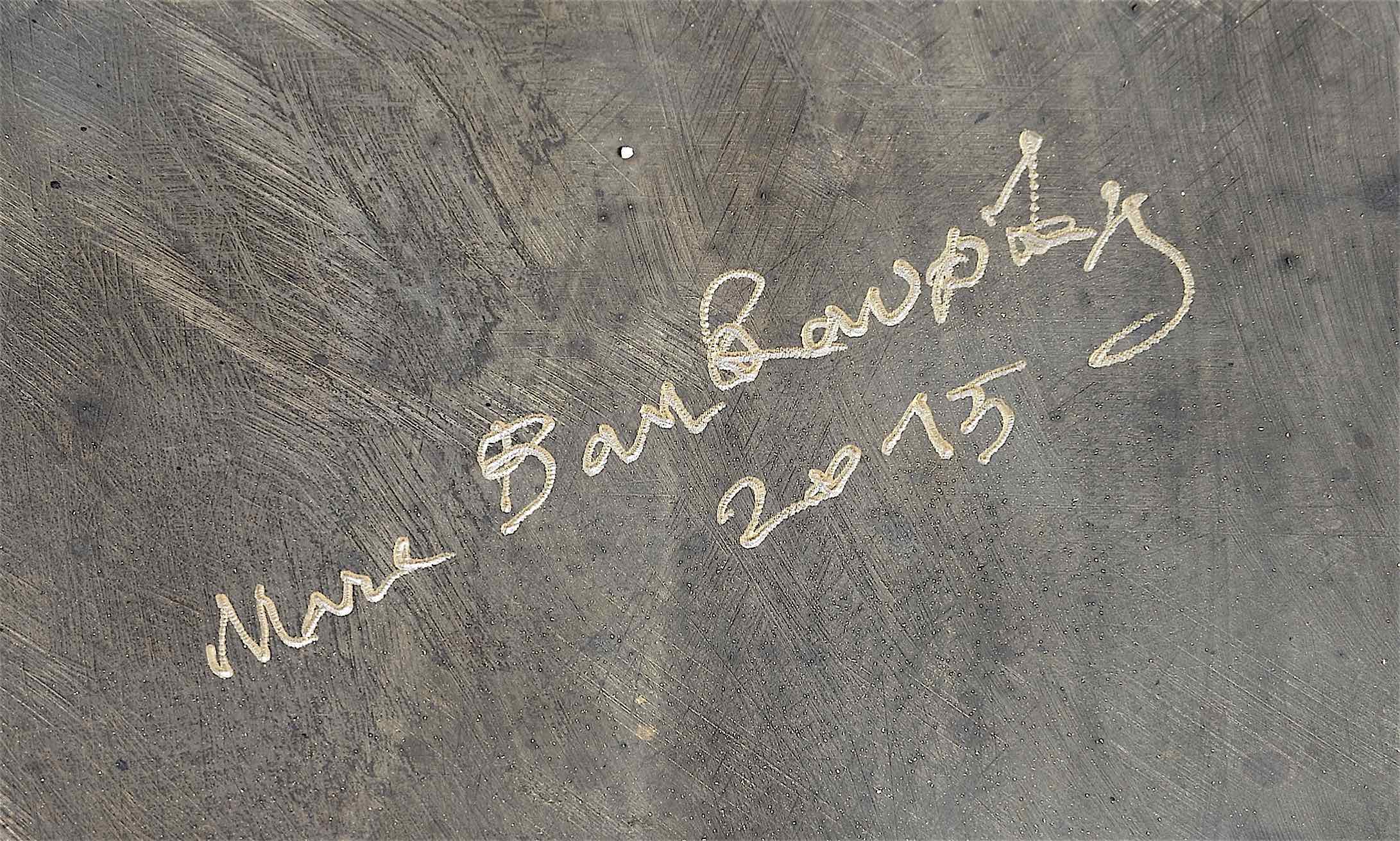 Marc Bankowsky began his artistic career at L’École des Arts Décoratifs and L’École des Beaux-Arts de Paris in the late 50s. His partnership with painter José Fabri-Canti saw the founding of Cyrne Arte in 1962, which sought to give space to a whole host of theatrical, visual and musical artists. Bankowsky’s focus concentrated on paintings such as Gouaches on Paper (1963), frescoes and mosaics. Expanding his horizons, Bankowsky began working on a larger scale with other modes and mediums such as weaving. The 1970s saw Bankowsky exhibiting at the prestigious Musée d’Art Moderne de la Ville de Paris as well as in various Maisons de la Culture, he also participated at the Biennale Internationale de la Tapisserie de Lausanne in Switzerland. His collaboration with architect Alain Abitbol saw an installation on display in front of the Georges Pompidou Centre in Paris.

Further pushing his own artistic boundaries, Bankowsky started to dabble in the decorative arts. Inspired by his environment and nature, the 80s sees him working with bronze, plaster and resin. Pieces range from household objects and sconces to furniture using forms of flowers and leaves, and bronze table legs that replicate plants and vines. Major commissions have included a custom-designed set of furniture for Christian Dior Haute Couture boutique in Paris, accessories for the restaurateur Pierre Gagnaire and a series of limited edition objects for Baccarat.

Bankowsky still exhibits in France regularly.  Recently his works were in the Beijing and Shanghai at the “Awakening – La France, Mandarine”. Maison Gerard Ltd. first presented his work to America at the 7th Regiment Armory in New York in 2006.